This is definitely the time of year where we have family and friends coming to visit with us. As I have reflected on the Christmas story from Luke 1, it is filled with visits, some even from angels. Particularly, think about Gabriel who first visits Zachariah, then Mary.  These meetings have much in common: (a) the immediate response in both cases is fear with the instruction to “Fear not”; (b) then to each was an announcement of a miraculous birth in circumstances that were humanly impossible; (c) they both respond with a question but it is here that the differences begin to be magnified.

Here are the facts of their story: (a) He and his wife were too old to have children (b) God heard their prayer for a child (c) He was told they would have a son and to name him John (d) He questioned: “How can I know this?”

The facts of this visit are: (a) Mary was unmarried; (b) Mary was too young to have a child (in other words a virgin); (c) She was told she would have a son and to name Him Jesus; (d) She questioned: “But how can this happen?”

Despite the similarities of these visits, there is one significant difference: Zechariah questioned because he did not believe while Mary questioned because she did believe. Mary was interested in how this was going to happen, while Zechariah considered the obstacles and failed to recognize the presence of the Divine. He was then unable to speak until John was born. His focus was more on the limits of their age, rather than seeing how the ageless one could fulfill a promise through them. Many times our present reality can keep us from seeing all that God has purposed for us and desires to accomplish through us.

(a) Mary greeted Elizabeth; (b) the baby kicked; (c) Elizabeth was filled with the Holy Spirit; (d) She told Mary she was blessed for believing. 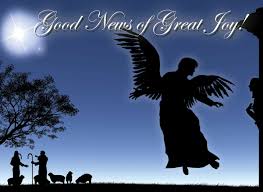 The speaking of words seems to be important enough that Elizabeth was prevented from hearing the words of unbelief that would have undoubtedly been spoken by Zechariah, and was instead greeted by Mary. Both Mary and Zechariah were visited by an angel. Zechariah didn’t believe despite having prayed for a child. Mary believed without having prayed for a child (at least I suspect that to be the case at this time in her life).

So what’s most important?  The believing, the praying or the saying? Zachariah didn’t believe, yet John was born. Mary didn’t pray to have a baby, yet Jesus was born. Also noteworthy is how Elizabeth declared Mary blessed because she believed. Mary’s belief is evidenced in the words she spoke, exactly as it is with all of us. We speak out of what fills our heart and belief is a function of the heart. Zechariah was unable to align his speaking with his prayer or the message spoken by the angel.

In many cases, the words we speak are based more upon our circumstances rather than on what we have prayed concerning that circumstance. We would do so much better if we speak according to the promises that God has given to us. The reality is the words we verbalize not only impact ourselves but also others who hear.

Here is an interesting statement in scripture: “At the sound of Mary’s greeting, Elizabeth’s child leaped within her, and Elizabeth was filled with the Holy Spirit.”  We greet people all the time and we should consider what can happen within others when we speak to them. When I heard your greeting, the baby in my womb jumped for joy.

Mary’s words created joy, which is an example of how powerful our words can be. We can stir emotions and cause others to believe as we speak with them. Despite a divine encounter with two special individuals, one, who would regularly interact with his spouse, was prevented from speaking to Elizabeth, while the other, who believed, was moved to visit and inspire her.

Christmas Greetings are meant to be good news of great joy! If you are sensitive you will be moved to speak with many people in the year ahead. What will be the results of those meetings and interactions?

Let the words of my mouth and the meditation of my heart be acceptable in Your sight, O Lord, my strength and my Redeemer.

Lorne Robinson I possess more than 30 years of progressive experience in public relations and serving others. In my present role as National Director at Kingdom Advisors, I have opportunities to engage with Christian financial professionals across Canada. My passion is to help people find a deeper purpose in their financial dealings and contentment with their lifestyle.
Published December 31, 2017