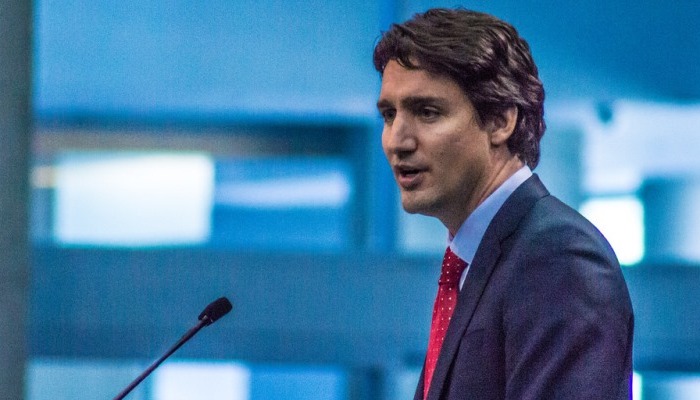 Just over two years ago, I had surgery on my shoulder and I now visit a specialist every six months. Recently, I had another visit and I usually take my wife with me to help me understand since the doctor has a very strong French accent. Even though he speaks English, it can be very difficult to grasp the meaning of his words. During the appointment, he asked a question, but we just looked at each other bewildered because neither of us understood a word. He repeated it with the same result. He was saying “Ohh-ta-wah” in such a way that when it was placed in a sentence, we just couldn’t understand. After stating it the third time, we both realized he was asking if my surgery had been done here in Ottawa.

Have you ever heard someone but not understood what they said?

Sometimes, language or dialect can be a barrier to understanding. I recall when we had friends from Ontario visit us in Newfoundland and we had a conversation with some locals. Our friends heard us speaking, but did not understand. Maybe I shouldn’t be shocked because the very tone of the common phrase, “Yes b’y,” actually changes its meaning.

Politicians typically only say what they want us to hear and we have to dig deeper if we desire to get the entire meaning; otherwise our perspective remains limited. For example, the Trudeau government often claims it has cut taxes for middle-class Canadian families. A recent article helped me understand that while it did reduce the second lowest federal income tax rate (from 22 to 20.5 per cent), it also eliminated a number of tax credits, thereby increasing income taxes for Canadians who previously claimed such credits. Result: 81% of middle-class Canadian families with children are paying more in personal income taxes.

The Liberals quickly speak of reduced tax rates, but the elimination of tax credits enlightens our understanding of the issue. What we comprehend about any issue or even a person, depends on what we hear (and read).

If you think about it, the perspective from which you see things can be the very obstacle that prevents you from seeing another point of view.  (Doesn’t this graphic resemble a political debate? It totally depends on which side you are on).

The Bible has some interesting things to say regarding understanding:

In our work we should: 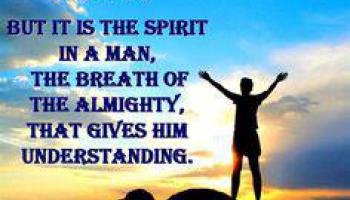 In a conversation, an accountant told me he keeps his antennas raised when in discussion with clients. Since mankind is spiritual, our spirits are meant to be active and sensitive, which leads to an understanding of others. It is the spirit in man … that makes him understand. This depth of understanding is the requirement to draw out purpose.

In our efforts to understand others, how often do we simply rely on our own thoughts?  By ignoring our inner person (not having our antennas up), are we missing the greatest opportunities to explore the deep waters (purpose) hidden within others?

‘Your thoughts and your prayers are insufficient’: Jimmy Kimmel tearfully calls for gun control

Is America’s national Thoughts and Prayers Strategy (TAPS) no longer working? That is a question raised in an article in Maclean’s magazine making statements which can be disturbing to the Christian community.

Here is one example: Unfortunately, there is growing evidence that TAPS may not be delivering the results we would expect from appealing to an omniscient and all-powerful deity.

In other words, thinking about others and praying to God is simply not effective and the results are not clearly evident. We ought to think more about what is really accomplished through “thoughts and prayers” because it seems to be terribly misunderstood, especially in light of recent incidents of violence.

The power of thinking is impactful on the person having the thoughts and only impactful on others when those thoughts are expressed.  Many have probably quoted the proverb that says, “For as he thinks within himself, so he is.” If a person then, is consumed with thoughts of murder and killing, and those thoughts are not taken captive, they will eventually be acted upon and that person can become what was thought about. I would suggest that this is exactly what takes place when murderous acts happen; the thoughts transform the person to become what he is thinking.

The idea expressed in the Maclean’s article is that the thoughts and prayers of US congressman are somehow supposed to alter the behaviour of the American people. Let’s get it right; the thoughts and prayers are to comfort after an event like these incidents  (Las Vegas, USA and Edmonton in Canada) and should not be trivialized.  Maybe it is true that the thinking around gun control needs to change in order to make America a safer place, but please don’t diminish the effectiveness of “thoughts and prayers” for the people impacted by these sorts of incidents.

A most challenging statement for many Christians is this one: This data is very surprising when you consider the power of beseeching God. You would think parting the Red Sea, or smiting the Egyptians with a plague of frogs, would be far more difficult than just reducing gun violence. It is worth noting, however, that most well-known examples of successful celestial intervention in earthly affairs are over two millennia old. 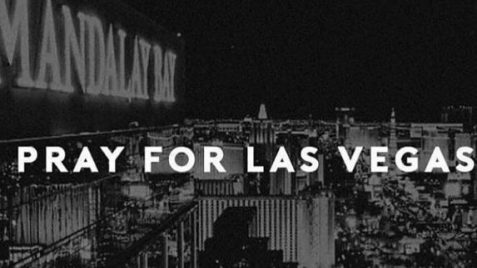 He goes on to cite the reasons for the non-response from God, which could be denominational, or we are not praying enough, or the wrong people are praying, or praying wrongly (kneeling or not, with eyes open or eyes closed).

When I read these statements it upsets me because in my 50+ years on earth, I have seen God’s intervention. As a matter of fact, without it I would have only been here for 5 years because meningitis would have taken my life. We need to think deeper about the true purpose of prayer.

“Prayer does not change God, but it changes him who prays.” – Soren Kierkegaard

From this quote, we see the focus is really about bringing change within the person who prays. Therefore, the focus of “thoughts and prayers” is actually more about changing the thinker and pray-er rather than those being thought about or prayed for. However, I certainly can testify that both can be transformed by prayer. I wonder if we have really missed the true power of prayer and thereby dismissed its effectiveness. Isn’t prayer about relationship with God, communicating with Him regularly rather than someone we call on only in crisis? Relationship with God through prayer is meant to change us. When prayer changes us, that’s when we can be an influence for change.

Just think for a moment about what God said when he created earth and also man. He said, “Let them (man) rule over the earth.” Mankind has been placed in a position of authority and influence by God, within nations to effect change as it is needed.

“Is prayer your steering wheel or your spare tire?” – Corrie ten Boom

Think about it –  we often use prayer to God as a spare tire. When there is a major incident or crisis, we call out to him. Prayer is meant to be our steering wheel which actually sets our course. It is meant to be part of our lives daily, not just when we have a blow out.

Does God intervene today? Maybe someone like paraplegic Joni Eareckson Tada, who had her neck broken as a teenager is much better qualified to answer this question:

“God permits what He hates to accomplish what He loves”

She calls suffering “a splash of hell” but maintains that a “splash of heaven” can be found through intimacy with Christ in the midst of it. And she can say so because she has found it to be true. The first part of that statement is strikingly similar to Jimmy Kimmel’s statement, “It feels like someone has opened a window into hell.” The problem is most are missing the “splash of heaven” since intimacy with Christ only comes through “thoughts and prayers” on a regular basis, not just at times like this.